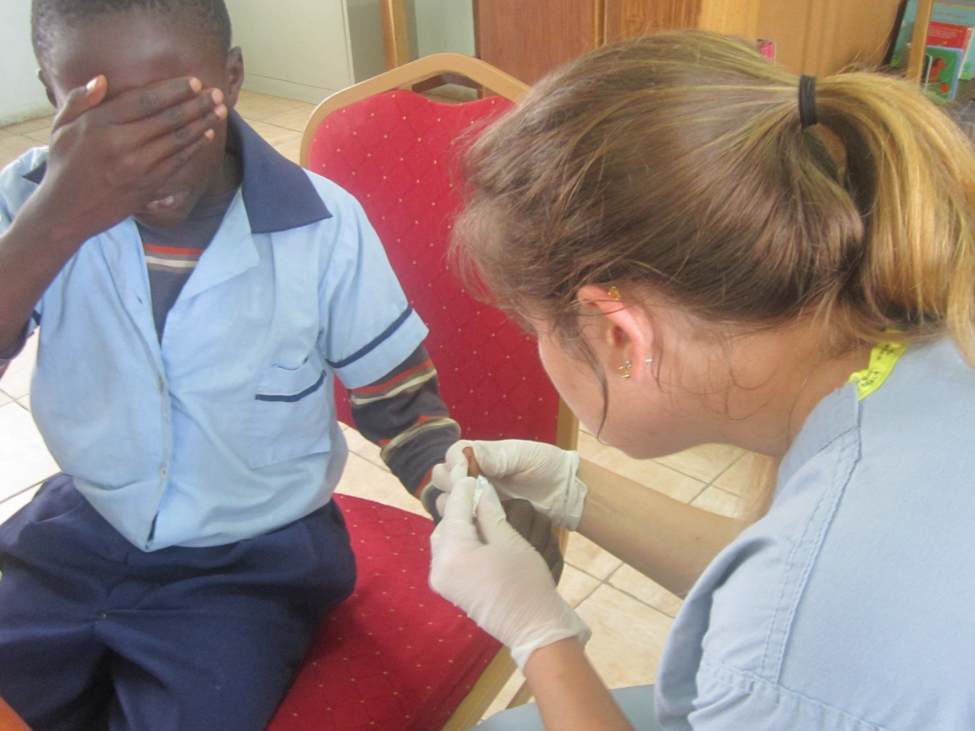 Last week, I had the opportunity to visit two of the orphan schools to perform health screenings on the new students. As a 4th year medical student, I was excited to have the opportunity to use my knowledge to help in any way I could. As I arrived at Saint Mary’s, I saw a line of about 30 kids standing waiting for me.

The first boy, about the age of 4, cooperated well with his physical exam and deworming treatment, until he saw the lancet I was about to use to check his hemoglobin. He fidgeted, screamed and ran away from me.  “Standard response from a young kid,” I thought,” I’ll just finish up with him later.” The slew of youngsters each put up a fight to get their blood counts checked, but I managed to convince them to cover their eyes with their hands while I poked them and I promised them a piece of candy after for behaving.

Then, a young boy named Charles, age 9, walked into the room. He sat down and appeared anxious.  I told him my name and asked him to point to his heart so I could listen. As I put my stethoscope on, he burst into tears. (Having done many well child visits in the past, I was confused, as by this age, kids are not usually afraid of the stethoscope). I wondered what the problem could be. Was he weary of strangers?  Had a seemingly healthy kid had a traumatic experience with doctors in the past?  The 5 year olds were just fine with this part, what was he afraid of?

Then, I realized, maybe this kid had never been to the doctor before.

“Charles, have you ever gone to the doctor?” I asked.  As tears streamed down his face, he replied “No ma’am.”

How terrifying it must have been for this young boy to see a foreigner coming to him at his school, a safe place, with strange tools, who he thought was attempting to hurt him.

I took my stethoscope off, bent to his level, waited a few seconds and started over. “Charles, this part doesn’t hurt, I promise. Would you like to listen first?” He nodded cautiously, and gently took the stethoscope from my hands. As he heard his heartbeat for the first time, his eyes lit up and a wide smile appeared on his face. 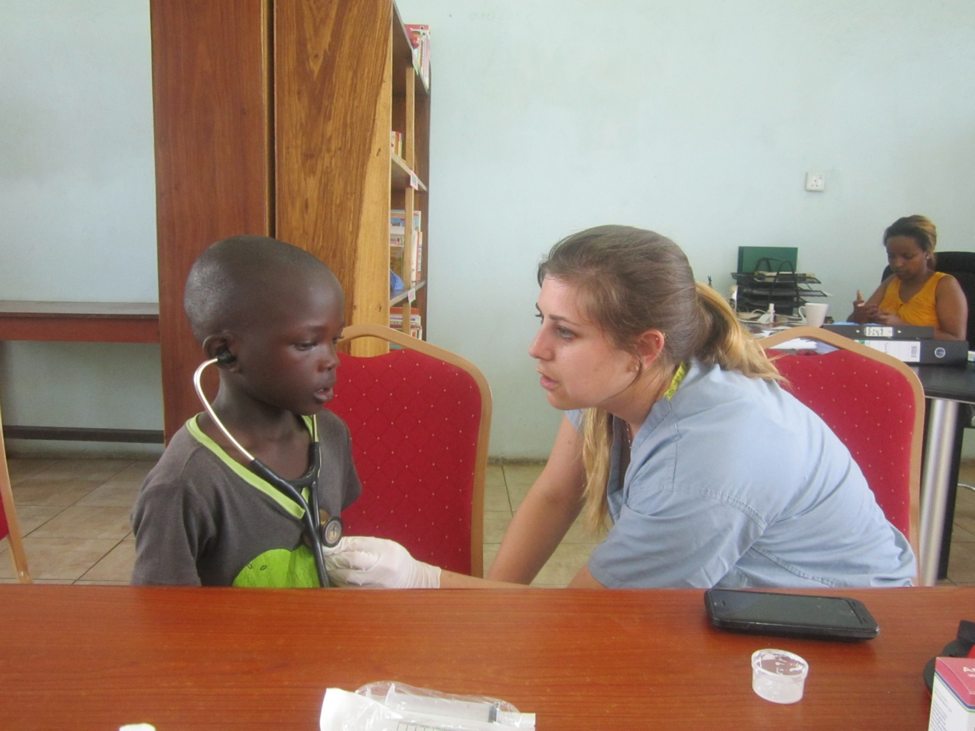 “Not so scary, huh?” The boy smiled and shook his head. He drank his deworming medicine without problem. I then prepared to battle with him to check his hemoglobin, knowing I had just told him I wouldn’t hurt him. Surprisingly, he sat patiently, shut his eyes, sat still and shed not a single tear.  He didn’t even realize I had pricked his finger until I told him he could open his eyes. He stared at the drop of blood left on his finger, looked at me, and smiled. I gave him a piece of candy and a high five for being so great. I told him he was healthy and he gave me a big hug as he walked away.

That day I remembered how blessed I am to have grown up with regular doctor visits, to have my mom there to console me when I got my finger poked for the first time, to have someone explain to me in my first language what was happening.

As a future physician, I was reminded about how privileged I am to care for patients and that I have a responsibility to make them feel safe.  That day, I took for granted the honor I had to do a check up on each of these youngsters, to make sure they would be able to live a healthy life 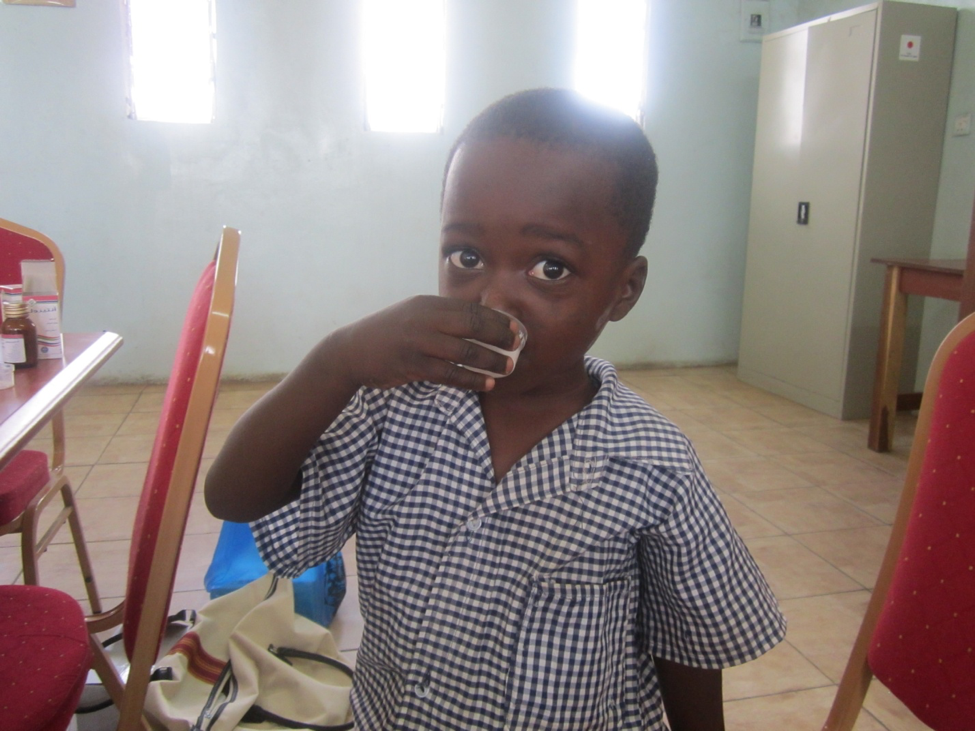